Arizona has the longest remaining section of the original Mother Road. Stay in a wigwam, drink in a roadhouse or eat in a diner full of mementos from Historic Route 66.

Arizona has the longest remaining section of the original Mother Road. Stay in a wigwam, drink in a roadhouse or eat in a diner full of mementos from Historic Route 66.

I’m glad we got to experience almost all of these places while on our 6000 miles for my 60th birthday trip last year. It really was the trip of a lifetime.

Historic Route 66 in Arizona parallels I-40 from border to border. Although interstate highways replaced much of the original Mother Road in the 1970s and ’80s, the state boasts the longest surviving stretch of old Route 66 in the USA.

Traveling from east to west, here are the best places to see the landmarks and mementos of Historic Route 66 in Arizona:

Early travelers set out on Route 66 to see the great natural wonders of the American West. About 45 miles from the New Mexico border, exit I-40 for the Petrified Forest National Park.

Millions of years ago this desert region was a swamp. Fallen trees swept downstream by ancient rivers were trapped here and slowly mineralized into stone logs by the forces of nature.

Mineral deposits also created the beautiful hues of the Painted Desert, which runs along the park.

Holbrook has one of the highlights of old Route 66 in the Wigwam Motel. Built in the 1940s, each of its 15 rooms is set inside its own hard-walled teepee.

It’s now listed on the National Register of Historic Places.

The family of the original owner still runs the motel, and there is a collection of vintage automobiles around the grounds.

Pick up some Route 66 souvenirs at the Jack Rabbit Trading Post, an Arizona landmark since 1949.

Billboards sporting its trademark crouching rabbit became an icon all along the Mother Road. It’s just off I-40 at Joseph City.

The old railroad town of Winslow has several historic buildings from its Route 66 heyday, but it gained latter-day fame from the lyrics of the Eagles’ 1972 hit song Take It Easy.

Further along, the tiny town of Winona featured in another famous road song, Bobby Troup’s Get Your Kicks on Route 66. In between, there are some evocative ruins at the ghost town of Two Guns.

Flagstaff is the hub of northern Arizona and gateway to the Grand Canyon. Old Route 66 runs right through the center of downtown, alongside the railroad tracks.

In June, a vintage car parade, arts and crafts show, and live music are part of the annual Route 66 Celebration. 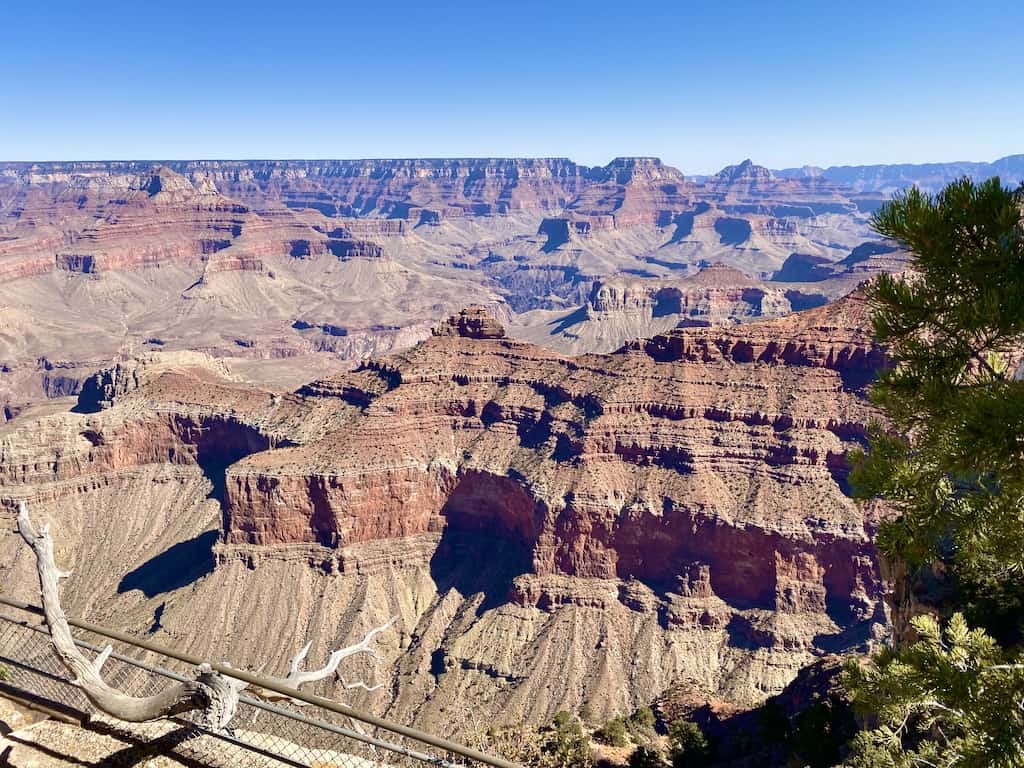 Also in Flagstaff is the Sunset Crater National Monument. Here you will see a Volcano lake where about 900 years ago the eruption of Sunset Crater Volcano reshaped the landscape and forever changed the lives of those living nearby.

The lava flows and cinder still look as rugged as the day they formed. But today you find signs of life returning to the once scorched earth.

The Museum Club is a classic roadhouse and dance club, set in a huge log building and famous for the country music stars who have played here.

It was built as an eccentric museum in 1931 with a taxidermy collection, and it’s still known locally as The Zoo.

At Twisters Cafe in Williams, step back into a real 1950s soda fountain. It serves fantastic milkshakes, sundaes, and some of the best burgers on the Mother Road.

It’s full of Route 66 memorabilia, and there’s a great gift shop adjoining the diner, known as the Route 66 Place.

The longest remaining stretch of the old Mother Road runs between Ash Fork and Topock, near the California border.

Seligman is full of such Route 66 gems as the Snow Cap Drive-In.

Angel Delgado’s barbershop (where you can pick up a free leaflet with a walking tour of the landmarks) is another place to stop and a host of gift shops with all manner of mementos.

One of the street signs outside the Powerhouse Museum is the mile sign. I love signs like this as they are so informative.

Kingman has photos, murals, dioramas and a re-created Main Street in its Route 66 Museum, located in the Powerhouse Visitors Center.

Another landmark is the old Beale Hotel, where Clark Gable and Carole Lombard married in 1939.

The happy couple spent their honeymoon night at the Oatman Hotel on their way back to California.

Oatman retains its wooden buildings, boardwalks, and saloons from its 19th-century boomtown era. You can watch a live gunfight. 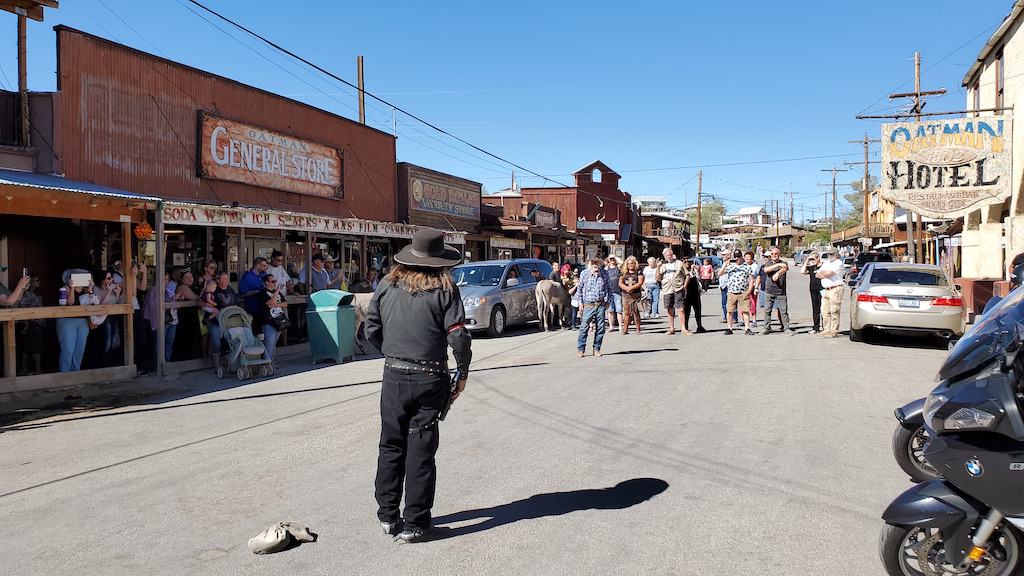 Burros descended from the gold miners’ trusty beasts of burden still roam the streets. Like many towns in these remote corners, it’s kept alive by the spirit of Route 66.

My husband didn’t realize they were following him and walked up alongside him and scared him. Gosh, I wish I was videoing him. It was hilarious.

This is just part of the trip we took last year. There will be so many more articles coming up about our RV trip out west.